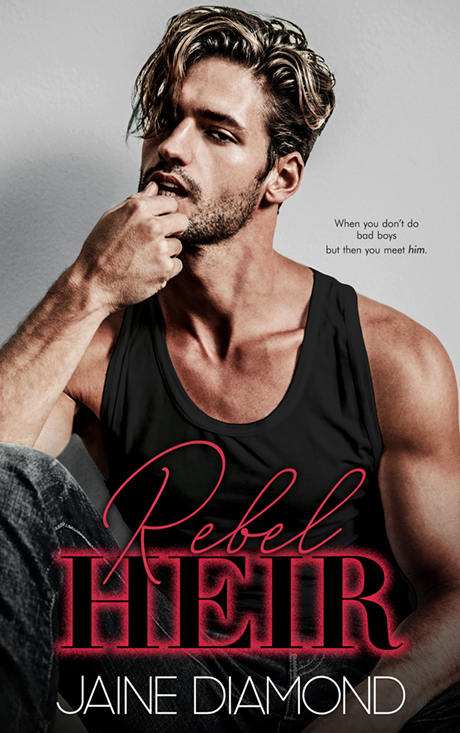 Rebel Heir is an edge-of-your-seat (fr)enemies to lovers romance about an outlaw biker with the Devil on his back, a good girl with a badass streak who’s about to find out who she really is, and a childhood marriage pact that comes back to haunt them both.

Lex Davenport was the boy my dad warned me about. Literally.
The son of a Mafia boss, Lex was the bad boy I snuck around with on summer holidays. When I was ten years old, we made a marriage pact and sealed it with blood.
Then we never saw each other again.

Until he happened back into my life years later—all grown up.
Now, that boy I used to know is an outlaw biker, tattooed and mysterious… with eyes that follow me from the shadows wherever I go.

I don’t know why I can’t stop thinking about him. Or why his mere presence sets my body on fire.
I don’t do bad boys.
I know; some girls say that and don’t mean it. But I really do.

Until the day another man proposes to me, right in front of Lex, and everything changes.

I never thought a childish pact could come back to screw me over like it did.
But I’m about to find out what Lex is really made of… what I’m really made of… and just how far the Devil will go to get what he wants.