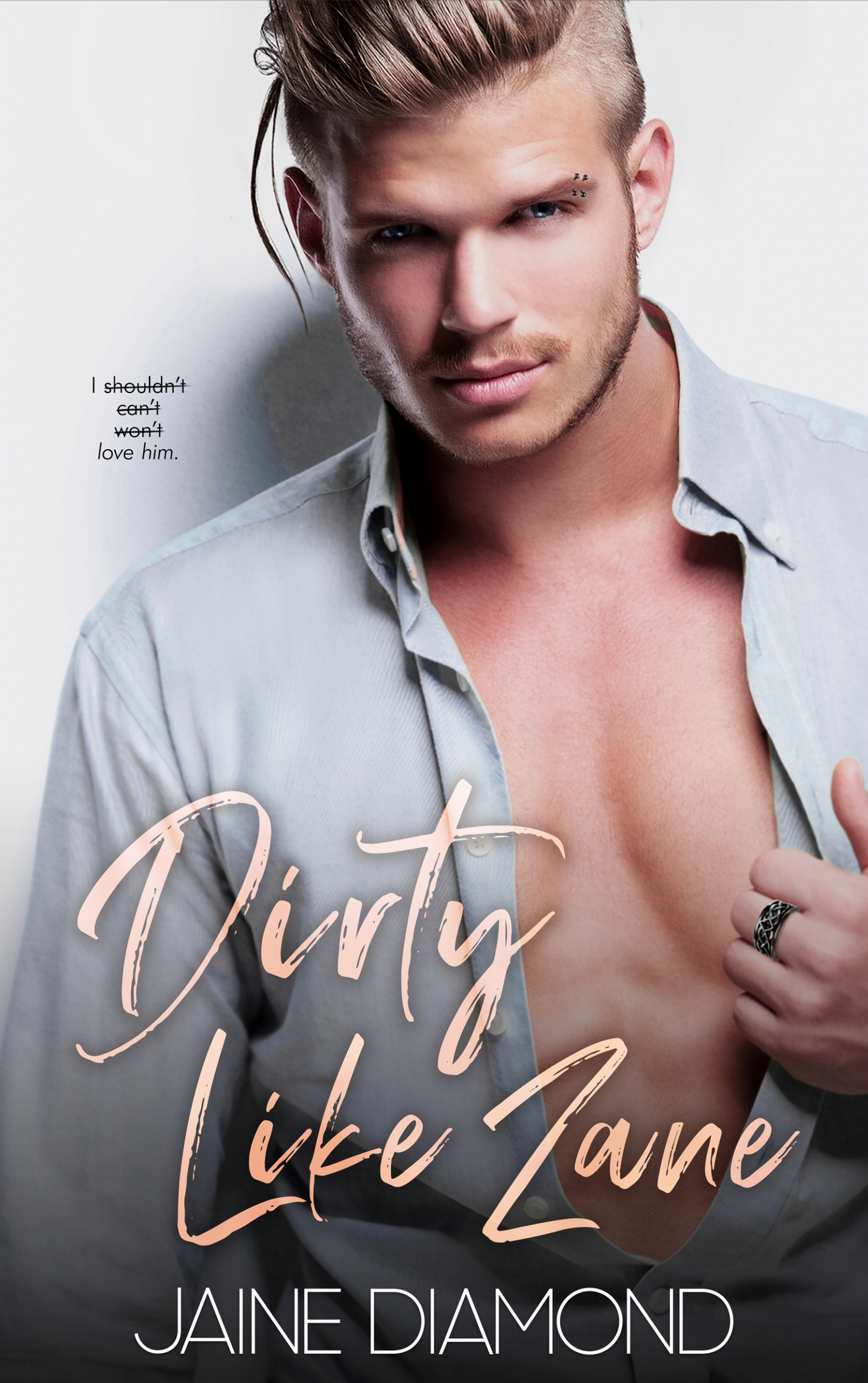 Dirty Like Zane is a secret marriage romance, featuring a bad boy hero who’s trying to be good, and a kick-ass heroine whose only weakness is the man she can’t resist.

Zane and Maggie have a secret;
one that could cost them everything.

A crazy night in Vegas almost two years ago, and Zane Traynor and Maggie Omura are still dealing with the hangover.
Because now they’re husband and wife.
Sort of…
It’s complicated.

She refuses to let him in. He refuses to let her go.
And neither of them is willing to walk away.
Both of them keep holding onto this screwed-up thing so stubbornly and so tightly, it’s bound to break.
And yet, it can’t break. Not in the middle of a world tour.

As assistant manager of Zane’s mega-famous rock band, Dirty, Maggie is determined to keep things professional—and keep away from Zane on the road.
She can’t afford to jeopardize the job she loves, even for a hot-as-hell rock star.
Which means she can never let herself fall for her “husband”… or end up in his bed.

Except that she already has… on both counts.
And Zane’s hellbent on getting her there again.

Unfortunately for Maggie, Zane Traynor is never gonna give up on what he wants.
And what he wants is his wife.