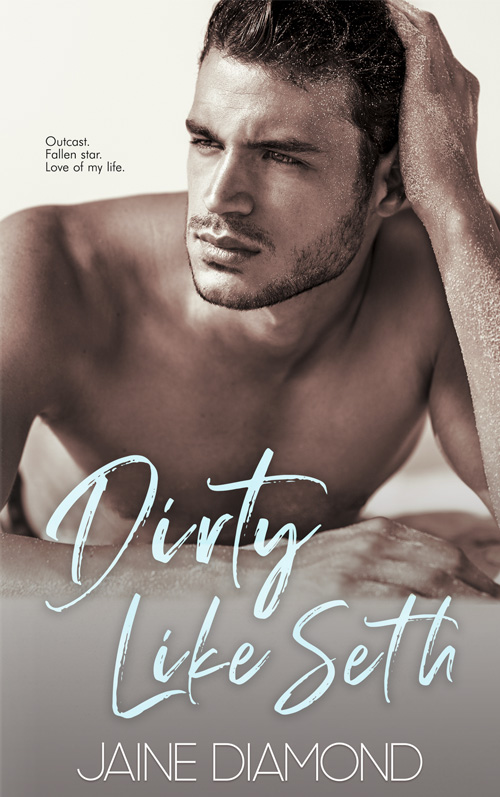 Dirty Like Seth is a reunited-friends-to-lovers redemption story, featuring a fallen hero in need of forgiveness, a superstar heroine who knows how lonely it is at the top, and a secret love that flourishes despite the odds stacked against it.

They all thought they knew him,
but only she knew his heart.

Seth Brothers had it all: the hottest rock album in the world, more money than he’d ever dreamed of, and Dirty—the band he loved like family.
Not bad for a former orphan and street kid.
But as Dirty hit the big time, Seth’s demons got the better of him and he hit bottom.
He lost it all—over an addiction, a whole lot of mistakes, and an ugly misconception.

Now all Seth’s got is a bad reputation, the guitar on his back, and a heart full of regrets.
And one last chance to get it all back… if he can crash an audition to join his former band—and slay it.

He slays it.
But he doesn’t get what he wants.
Instead, he gets the one thing he never expected: someone to believe in him.

As Dirty’s bassist, Elle Delacroix has it all—except the one thing that truly matters.
Love.
The only thing Seth has to give.

But if Seth really wants his life back, he’ll have to give it everything he’s got and then some.
Including the hardest truth.

There are two sides to every rock ’n’ roll story; it’s time for Seth to tell his.