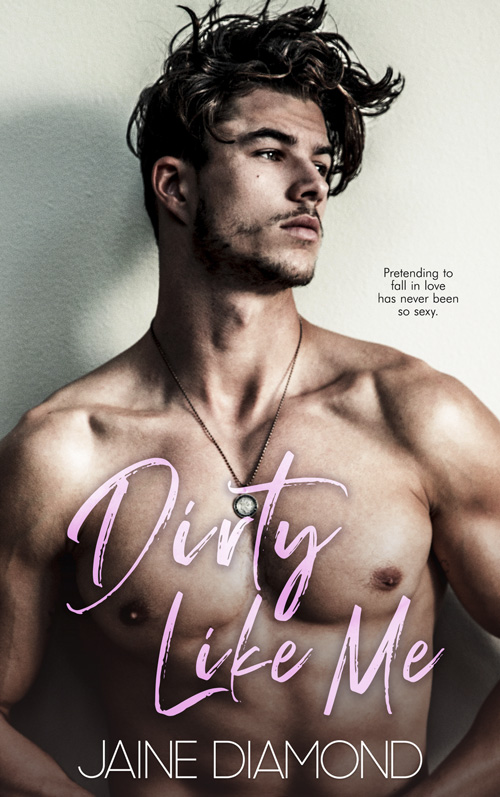 Dirty Like Me is a broiling-over-with-desire, fake-to-real romance, featuring a charming, famous heartbreaker, a sweet “regular” girl, a salacious job offer, a ridiculous bet, and way too many shared hotel beds.

A gorgeous rock star. An indecent proposal. How can a girl resist?

Struggling barista Katie Bloom doesn’t even know who Jesse Mayes is until she inadvertently wins the coveted role of sex kitten in his hot new music video.
But by the time she’s in bed with him, she knows his reputation.

Making out with a stranger in front of a camera crew isn’t how Katie imagined herself getting over a broken heart, but when Jesse touches her, sparks fly.
The sex is fake but the chemistry is real, and before long, the steamy video is blazing up the charts.

Then Jesse makes Katie a tantalizing offer: act as his girlfriend for six weeks while he promotes his new album.
The only catch? Their sizzling make-out sessions will be for the cameras only.
Which suits Katie just fine, since she’s not about to trust her heart to rock’s most legendary lover.
Her body, though? Maybe.

As it turns out, pretending to fall in love is incredibly sexy…

And falling in love for real, with a man she promised not to fall for?
Irresistible.